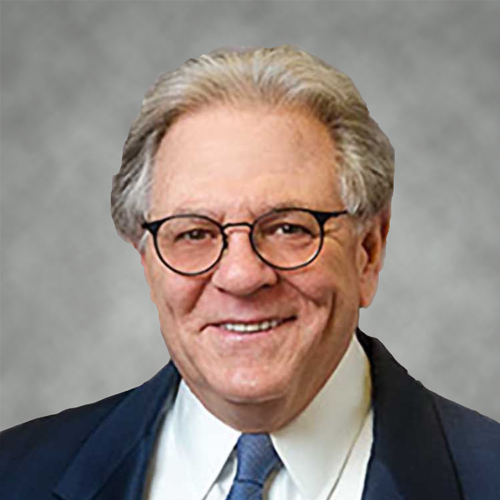 Niles C. Welikson is a co-founding member of Horing Welikson Rosen & Digrugilliers, P.C. and is Special Counsel to the firm. He is involved in the firm’s litigation and appellate departments.

Niles has over forty-five years’ experience in both trial and appellate practice regarding landlord-tenant summary proceedings and appeals as well as in the representation of the firm’s clients in numerous other areas of contractual litigation.

Recently, Niles successfully represented the building owner before the State’s highest court, the New York Court of Appeals, in the landmark case of Regina Metropolitan Co., LLC v. The New York State Division of Housing and Community Renewal, in which the Court ruled against applying the recently enacted Housing Stability and Tenant Protection Act of 2019 (HSTPA) to pending rent overcharge complaints.  In addition, the Court ruled in favor of the owner that rent calculations were required to be based upon the rent charged on the base date four years prior to the commencement of a rent overcharge proceeding.  In that matter, the subject apartment was treated as deregulated during the receipt of J-51 benefits and then re-regulated due to the 2009 Roberts v. Tishman Speyer Court of Appeals ruling.  Prior to arguing the matter before the Court of Appeals Niles had argued the appeal before the Appellate Division, First Department, and received a favorable ruling from that Court.  In another recent significant appeal that he argued before the Appellate Division, that being Alston v. Starrett City, Inc., the Court ruled in favor of the owner of a large apartment complex that it was not source of income discrimination to refuse a governmental subsidy that limited the rent that could be charged.

Niles successfully represented owner interests as amicus curiae before the Court of Appeals on behalf of the Black and Latino Property Owners Coalition and the Small Property Owners of New York (SPONY) in the landmark determination Brusco v. Braun, which obviated the need for inquests in nonpayment proceedings where tenants defaulted.  In addition, he was counsel for the Community Housing Improvement Program (CHIP) as amicus curiae before the Court of Appeals in Matter of Grimm v. NYS DHCR wherein the Court placed a limitation on a prior exception to permitting the review of rent histories pre-dating four years from the filing of a rent overcharge complaint.  He was also owner’s appellate counsel in JRD Management Corp. v. Eimecke, an Appellate Division ruling that DHCR was required to use post April 1, 1984 record keeping limitations encompassed by the Omnibus Housing Act of 1983 with respect to rent overcharge complaints filed prior to the effective date of that act, which case, according to a DHCR filing, may have affected as many as 30,000 then pending administrative proceedings.  He has prevailed on many other appeals as well as in his capacity as lead counsel on numerous jury and bench trials in the Federal, Supreme, and Civil Courts.

In addition to being a frequent source for articles in both the Rent Stabilization Association (RSA) and CHIP newsletters as well as for the Apartment Law Insider, Niles has lectured on numerous occasions, including for Continuing Legal Education (CLE) Programs sponsored by the New York County Lawyers Association (NYCLA) and Queens County Bar Associations on landlord-tenant law, litigation and related appellate practice as well as for RSA and CHIP on various matters pertaining to the legal representation of building owners.  He is also a former judicially appointed member of the Housing Court Advisory Council, which is instrumental in the appointment of judges in the Housing Part of the Civil Court and he is a member of the Advisory Boards of CHIP and the Apartment Law Insider (ALI).

In addition to being a member of the New York State Bar, Niles is admitted to practice before the Federal Courts for the Eastern and Southern Districts.

Niles received his J.D. from the University of Baltimore and his undergraduate degree from Farleigh Dickinson University.